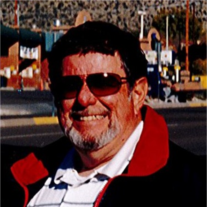 Philip P. Lagattuta, Jr, on August 18, 2016 entered into eternal rest. Born October 28, 1945 to the late Philip and Teresa Lagattuta in Hackensack, NJ, moving to New Haven, CT in 1958. He attended Sheridan Junior High and graduated from Hillhouse High School in 1963. He attended Southern Connecticut State University for three years, was drafted into the US Army in 1967, serving overseas in the Republic of Korea for one year and was Honorably Discharged in 1969. Upon return, he earned a Bachelor of Arts Degree in Political Science in 1970, a Masters Degree of Science in Counselor Education in 1974 and a 6-year Professional Diploma in Counseling in 1979, having interned at Bristol Hospitals' Mental Health Unit.
He was employed in many positions at SCSU, among them as Administrative Assistant to Director of Summer Session, Assistant Director of Housing, and Assistant Director of Special Events at Lyman Auditorium. He was named as an "Outstanding Young Man of America" by the US Jaycees in 1979 and his name is published in the volume for that year. He next worked at Wesleyan University (Middletown, CT) as a Crisis Intervention Officer with Campus Security. He, also worked with the Veterans Association (SCSU) and was a Director of Connecticut Concerned Veterans. He started his own practice as a private counselor in Marriage and Family therapy.
He left Connecticut in 1985, moving to Albuquerque, having fallen in love with the climate and the beauty of New Mexico after visiting only twice. His first job in New Mexico was working at a gift shop, The Covered Wagon, in Old Town and as a substitute teacher with Albuquerque Public Schools. He started his own Taxi Cab Business, Fast Phil's Cab Service, and he had many regular customers over the years, finally retiring in 2015.
He was an avid golfer, playing courses all over the country. He also bowled in several leagues at Silva Lanes and enjoyed playing poker at local casinos. But most of all, he enjoyed driving back to Connecticut and spending time with family and friends on his way across the country.
He leaves behind one sister, Susan (Frank) Funaro, of Wallingford, CT; three nephews, David, Jeffrey (Jillian) and Scott (Teresa) Meyer; three great-nephews, Christopher, Alex and Dylan Meyer; one great-niece, Madison Meyer; two aunts, Elda (Carmen) Aquino of Las Vegas, NV and Anne Pesout of Boynton Beach, FL. He also leaves behind his special cousins, Bill, Vera and Luke Lagattuta of Albuquerque, NM with whom he shared many wonderful years of holidays, golfing, and watching Luke's soccer and baseball games. He also leaves behind many cherished cousins from New Jersey and Points West.
Phil left a poem that he wrote in 1963, entitled simply:
Love
Love is a feeling, that
When written to fill this small space
Fills instead the whole page
and continues on the other side.