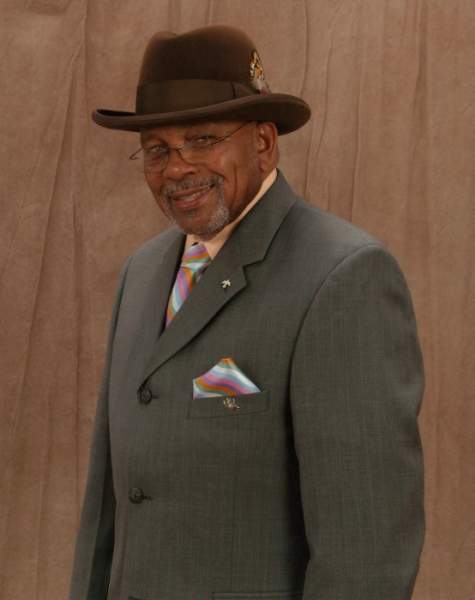 Rhoderick Dwight Jones, was born in Monessen, Pennsylvania on October 1, 1932 to Vivian Yvonne Jones and Norman Calvin Anderson. His childhood was spent in Monessen and his adolescent years were spent in Uniontown, Pennsylvania, where he attended Uniontown High School.

Rhoderick joined the Army in 1950 and served for a total of 20.6 years before retiring in 1972.  He served tours of duty in the Korean War as well as Vietnam.  He was in the 101st Airborne.  Two lifelong friends who also shared his military career, George Thompson and Joe Detrixhe, have kept in touch with him over the years and whose friendship he cherished.

Shortly before retiring in 1972, he met Nanci Hatton, on a blind date.  The two continued dating and decided to head to Alaska, arriving August 1973.  They were married October 6, 1973 at the Chapel on Eielson AFB, Alaska.  From their union are two sons, Rio Hatton Jones and Rhoderick Jones Jr.  Rhoderick Senior was so elated to be able to put the initials SR. after his name.

Rhoderick worked Civil Service Jobs on Eielson for over 25 years and retired once more.  In his second retirement he was a school bus driver.  He felt his single most important time in Alaska was spent united with the Corinthian Baptist Church of Fairbanks, Inc.  He was instrumental, along with others, in playing a key role in the expansion and eventual mortgage burning of the church.  He served as Treasurer and Trustee for over 25 years.  Mr. Jones’s initial intention was to only stay in Alaska about 2 to 5 years, but with his church family and the friends he made over the years, he stayed 38 years before leaving in April 2011.  He was a member of the Prince Hall Masonic Order Arctic Lodge #7.

Headed to New Mexico in 2011, he moved to North Pole Loop in Rio Rancho, (after living in North, Pole Alaska for 38 years!)  He found a new church family at the Shiloh Missionary Baptist Church of Albuquerque, New Mexico.  He was a Trustee and could be found donating his time and/or money to help with capital improvement projects as well as participating in general church activities.

Rhoderick was kind and engaging but had a matter of fact exterior.  He was one to spin a tale and make up funny sayings to go with his life’s experiences.  We will forever miss his humor.  But mostly Mr. Jones was an impeccable dresser from head to toe.  Once, after being rushed to the hospital in an ambulance he scolded me that his pajama top and bottom didn’t match!  Suits, hats, shirts, and shoes are in their original containers no matter what their age.

In Lieu of flowers, a donation in honor of Rhoderick Jones Sr to the building fund at Shiloh Missionary Baptist Church; 608 Avenida Cesar Chavez SE; Albuquerque, NM – will be greatly appreciated. The website -www.shilohmbcalbq.com.

To order memorial trees or send flowers to the family in memory of Rhoderick Jones Sr., please visit our flower store.