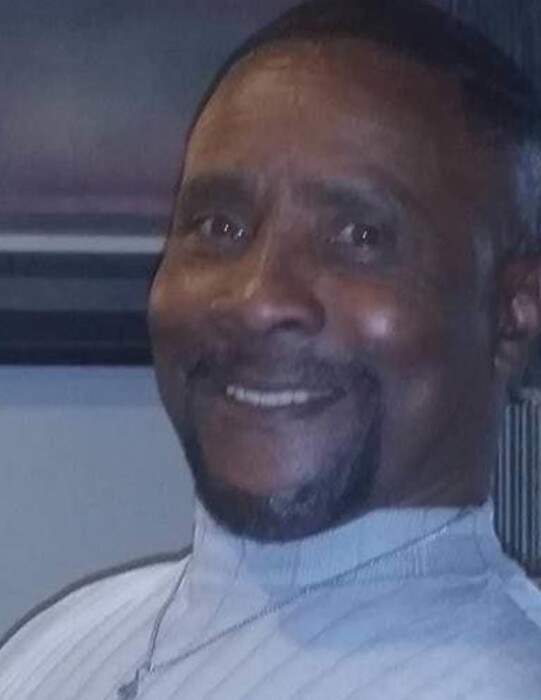 Robert Lee Hodge was born on April 2, 1951 in Albuquerque, NM and transitioned from this life in on April 28, 2020.  He was the 7th of 13 children of the Deacon M.T. Hodge & Mother Annie Lois Matkins-Hodge clan.  Robert was baptized as a child at Joylight COGIC.

He graduated from West Mesa High School in 1969 where he played for the Mustang football team.  From 1970-1974 he served in the US Navy and received an honorable discharge in 1976 after an additional two years in the US Reserves.  Robert continued his education and received an Associate’s degree from Albuquerque Technical Vocational Institute in Business Administration.  After leaving the military he worked for the department of corrections for the majority of his working career.

March 28, 1975 Robert married Patricia Collier. There was one child born to their union.  He was named Kibibie Leon Hodge.  Kibibie is the Amharic Swahli word for PRIDE, which was Robert’s way to express the pride he had for his son. Robert had two children prior to the marriage, Kevin Blanco, Nikki Payne (Deceased). He was also the “proud” grandfather to Leon’s children Kalaya Anastasia, Kaleah Alexandria, Michal Abrielle, and K.J. Hodge.

After joining with Grace Covenant COGIC in 2016 Robert became and member of the Men’s Chorus and sang with the choir.    “Big Bad Bob”, as we lovingly called him, enjoyed playing scrabble with his family. Like all Hodge’s he was a master story teller of both fiction and nonfiction. He will forever be remembered as the creator of “Killa Koolaid” which was a stable beverage at all family gatherings.

Robert was preceded in death by his parents, siblings: Michael (MT, Jr.), Wilbur, Charles, Alfred Basinger, Louise Brown, & Zillie Davis and daughter.  He is survived his siblings: Anna Powdrell, Lonnie Hodge, Peter Hodge, Janet Carmon (Greg), Earnest Hodge (Jean), and Nedra Hodge.  His sons, grandchildren, and a host of extended family and friends are left to cherish his memories and carry on our stories of his life.

To order memorial trees or send flowers to the family in memory of Robert Hodge, please visit our flower store.