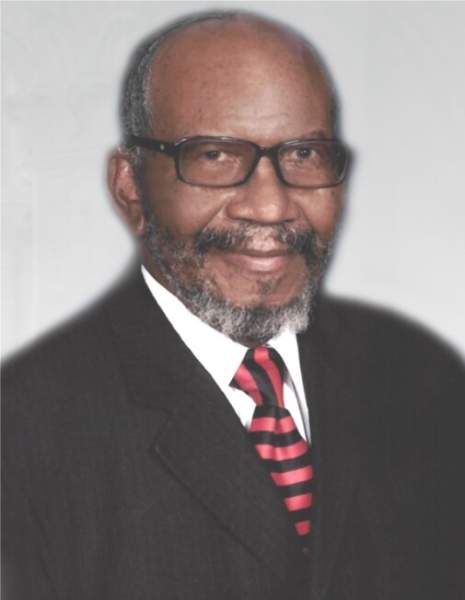 Robert Sparks Jr. was born on July 30, 1934 to Hervell and Robert Sparks, Sr. in Naples, Texas.  On Monday, November 9, 2020 he quietly transitioned from Earth to Glory to join his wife Sarah “Say Lee” whom his heart was devoted too and longed to be with again.

He graduated from Carver High School in 1954 in Naples, Texas. He moved to Albuquerque, New Mexico on June 3, 1955 to live with his grandmother, Marie Gamble.

He met and married the love of his life, Sarah Lee Baker.  They were together for over 60 years before she passed away on March 24, 2020.  They raised five children Minnie, Linda, Bobby, Cheryl and Rose.

He started to work for the City of Albuquerque on July 5, 1955 as a laborer and worked his way up to plant supervisor in charge of the Land Application Site.  In 1985 he was the first African American to be elected as State President of the New Mexico Water & Wastewater Association. On September 1, 1986 he retired from the City of Albuquerque after 31 years of service.

He accepted the Lord as his personal savior at an early age at Mt. Moriah Baptist Church, Daingerfield, Texas. After moving to Albuquerque, he united with the Macedonia Missionary Baptist Church under the leadership of Dr. W.W. Williams.  He was ordained as a deacon on March 9, 1962. He served as deacon, financial secretary, Brotherhood President and Sunday School Teacher for the men’s class.

He was a no-nonsense person.  He would always tell everyone to do things the right way and be appreciative of people!  He was a political and history buff.  He loved a good western. He loved talking to his grand-children and giving them words of wisdom to live life by. The grandchildren loved their PaPa.

He was preceded in death by his wife, Sarah Lee Sparks; his parents, Hervell Sparks and Robert Sparks, Sr., sisters, Rose Sample and Queen Esther Garrett and granddaughter, Lacresia Dillard.

Visitation will be held Wednesday, November 18, 2020, 10:00-11:00 am. Funeral Service will follow immediately.  Both services will be held at Shiloh Missionary Baptist Church, 608 Cesar Chavez Ave SE. To view information or leave a condolence, please visit www.danielsfuneral.com

To order memorial trees or send flowers to the family in memory of Robert Sparks, please visit our flower store.