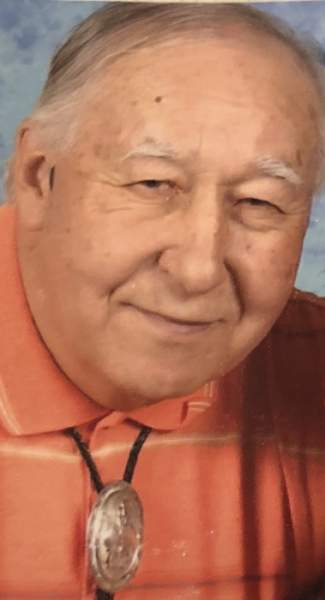 Ronald Earle Matt was born April 4th, 1944, in Hamilton, MT and grew up on the Flathead Indian Reservation. “Sonny” as most knew him, was a character.  He was humorous, but, also had a strong will to succeed, and be the best.  This was evident in his being a star multisport athlete at Arlee high school.  He also became the first person in his family to graduate from high school.  He had a strong connection to both “worlds” growing up with the elders on the reservation, and, learning the old ways.  He also learned that, to succeed in both worlds, he had to continue his education.  He became the first person in his family to go to college.

Ron attended Montana State University in 1962, meeting his wife- then Julietta Pitman- there.  He attended Western Montana College from 1963-66, continued his education, and, was a member of the rodeo club (bull riding.)

Ron and Julie were married at a small ceremony in Lame Deer, MT in 1966.  Ron worked for the forest service while there, and, continued to rodeo with the Indian National Rodeo Association.  That same year, he was drafted into the army.  After a brief stint in San Antonio, TX, they moved to Fort Lewis, WA where Ron trained as a paramedic. His son Duane was born at the military base while Ron continued his military duties.  Ron finished up his military career in 1969.  Shortly afterward, Ron and Julie moved back to Montana where he worked in Colstrip for the forestry department. While there, their daughter Lanell was born.  Ron and his family then moved to Thompson Falls in 1971, continuing his career in forestry.  The family eventually moved to his family land in Perma, MT in 1974 where they ranched for 2 years.  Ron and the family moved to Denver, CO to continue his education in art school in 1976-1978.  He moved the family back to Perma in 1978. Ron and the family then made the move to Billings, MT in 1980 where both Julie and he received their degrees from Eastern MT college.  Ron began a career in fire dispatch while there, working with the BIA.  He had a huge impact on the number of Montana Indian Fire Fighter (MIFF) crews while working there, fighting for their equality, and, ensuring they received equal opportunities in the wild land firefighting world.  While in Billings, Ron and his family participated in numerous road races, and, won numerous individual and family medals.

Ron was promoted and moved to Albuquerque, NM in 1989.  He became the area coordinator for the Southwest region and stayed in that position until retirement in 2004.  While there, he continued to fight for native rights within the wildland fire world, and his efforts did not go unnoticed.  He made numerous friends nationwide, and worked tirelessly his whole career to help those in any way that he could.

Ron will be remembered for his honesty, humor, and his amazing ability to help others.  He never asked for anything in return- he just truly believed in helping others in need.

Services will be held at:

The viewing will start at 11 am this Friday (10/5/18).  The service will be at noon.  There will be coffee and snacks at the Matt residence afterward.

Flowers and sympathy cards can be sent directly to the funeral home.

To order memorial trees or send flowers to the family in memory of Ronald Matt, please visit our flower store.