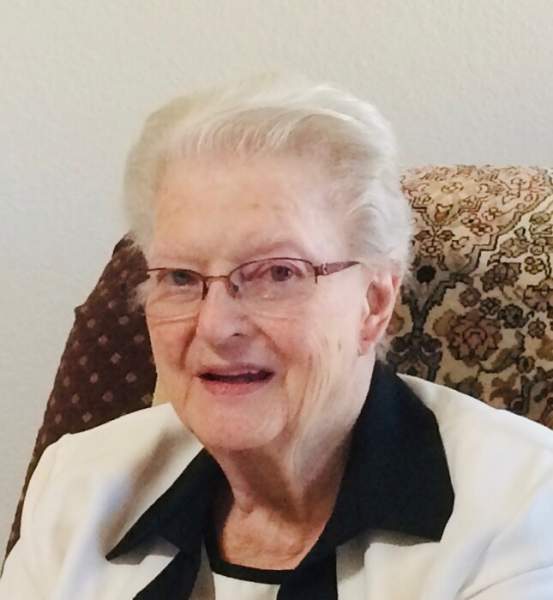 A true child of the far South Valley! Ruth began her life, as a premature baby, born on a dairy farm off Clark Rd SW. Ruth attended Albuquerque High School while living with her sister and brother-in-law, Edith and Frank Schulmeister, on their dairy farm near Salida Sandia Rd SW.

Ruth was the last child off the bus and frequently found Frank (and his tractor waiting for her). She often said money was probably in short supply, but they had eggs, milk and cream from the dairy, so life was good.

She spent a short time in Arizona as a “Harvey Girl” ……came home, met and married Jack…… and began traveling the world as an Air Force wife. Jack and Ruth had six children when they returned to the far South Valley and Jack began construction on the family home. Sadly, Jack passed away while the home was still under construction.

She was preceded in death by one stepchild, Susan Johnson; her husbands, John and Martin.

In Lieu of flowers, the family asks that you donate to your favorite charity.

To plant a beautiful memorial tree in memory of Ruth Cunningham, please visit our Tree Store.

To order memorial trees or send flowers to the family in memory of Ruth Cunningham, please visit our flower store.