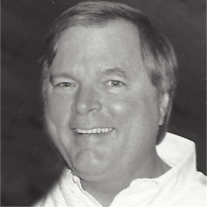 Samuel J. Vizzini, 66, passed away at home on Thursday, March 17, 2016 after a brief illness. Sam had a long career in Law Enforcement starting as a patrol officer in the Coral Gables, FL, police department. Soon after he joined the United States Secret Service and his duties took him from New York, Miami, Houston, Washington, D.C. and finally to Albuquerque. One of his assignments was on the protection detail of Vice President George H.W. Bush with whom he traveled the world. Sam transferred in 1994 to become the Resident Agent in Charge for the State of New Mexico where he served until his retirement in 2005. Sam then began working at Albuquerque International Airport as Assistant Director of Law Enforcement for Homeland Security. He served in this position until 2007.

Many friends and colleagues remember Sam's enthusiasm and professionalism while performing his duties. With a cheerful, friendly manner, Sam was ever the diplomat. He had an easy way with whomever he dealt with, be it foreign dignitaries, the public, colleagues, and friends. His former staff recalls his ability to get their best performance out of them even though he sometimes needed to be the "velvet hammer."

Sam is survived by his wife, Patty, of 32 years. After retiring, Sam and Patty spent much of their free time together. Camping in their travel trailer was one of their favorite pastimes and they spent several weeks each year out under the trees and stars reading and relaxing. Sam was a technology wizard and enjoyed building computers. He loved animals, especially dogs.

Sam is also survived by his daughter, Samantha Benning, husband Brent, and grandson Logan of Denver, CO; and his mother, Marginell Vizzini, of Albuquerque. The Celebration of Life Service to honor Sam will be held at 2:00 PM on Tuesday, March 29, 2016 at Strong-Thorne Chapel, 1100 Coal Ave SE, Albuquerque. To view information or leave a condolence, please visit www.danielsfuneral.com. In lieu of flowers and to honor Sam's memory, please make a donation in Sam's name to a charity of your choice.
Strong-Thorne Life Events Center
1100 Coal Ave SE
Albuquerque, NM 87106
505-842-8800


To order memorial trees or send flowers to the family in memory of Samuel Vizzini, please visit our flower store.