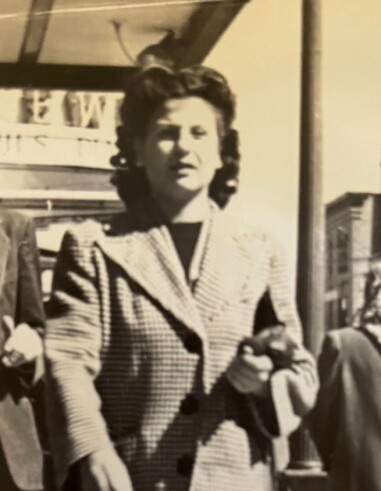 With a heavy heart, we announce the passing of our beloved Sophie Pricilla Cooper Hodges at the age of 94.  She is now in the arms of our Savior Jesus Christ.

Sophie was born and raised in Pecos. New Mexico.  She relocated to Albuquerque to begin the next chapter in her life.  She married Charles Cooper.  They had three children Buddy, Sonny and Donna.  They were married for 31 years until his passing in 1977.

Sophie remarried Joseph Hodges.  They were married for fifteen years.  They loved spending time at their second home in Pecos, New Mexico until his passing in 1993.

She also lost her two sons Sonny and Buddy.  Regardless of her tragic losses, she always remained optimistic because of her unwavering faith in God.

Sophie was always so sweet and loving.  She graciously donated to many charitable organizations and was always willing to help those in need.

She loved to garden.  People would pass by her house and stop to take photos of her beautiful flower gardens.  She took after her dad and followed politics.  She also enjoyed the casino.  We always said the reason she was so lucky at the casino was because of how much she gave to the unfortunate.

She managed to help raise her grand-children and great-grandchildren while she worked fulltime.  She also was a caregiver to her mother and sister until their passing.  Her caring was a labor of love.

Sophie traveled all over the world with her best friend Delphy King.  She also treated Donna to a Hawaiian cruise.  They had a fantastic time.

We were so blessed to have our beautiful Sophie for so many years.  She will be greatly missed.  May she rest in peace.

In lieu of flowers, please consider donating to the Alzheimer’s Association or the Animal Humane Society.

To order memorial trees or send flowers to the family in memory of Sophie Cooper Hodges, please visit our flower store.