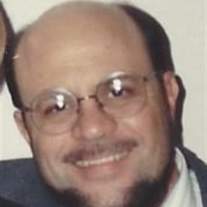 Steven I. Sacks, M.D, January 30, 1947 - May 21, 2016. Steven spent 25,315 days on this earth. He was here for 3,316 weeks and approximately 832 months.
And he LIVED them all.
Steven loved fine food, exquisite scotch, cherry prime time cigars, music, history, math, art, theatre, antiques, politics, jewelry, nuts, See's chocolate, his friends and his fur babies.
As a renowned psychiatrist, he cared for his patients with compassion and his dry, sarcastic wit. He saved thousands of lives from the depths of despair, depression and mental illness.
Steven was enjoying his retirement and had many plans for his future. After months of preparation and endless tests to assure a good outcome, he entered the hospital for a routine hip replacement on May 12, 2016. Due to multiple medical errors, he died of sepsis at 12:15 on May 21, 2016.
The sun will not shine as brightly again. The sky will not be as blue. His humor and amazing laughter will no longer fill the room. His outrageous behavior will no longer cause us to blush. There will be no more bagels, cream cheese and lox on Sunday mornings. No more long political discussions over lobster or prime rib.
Those of us who love him best and were honored to share many of those thousands of days with him will be forever changed by his love.
Steven was an enigma all wrapped up in a riddle until the very end. He entered medical school to avoid going to Viet Nam and died on Armed Forces day. He would have gotten a real kick out of that one. His life was ended by the very profession he gave his life blood to serve. The irony of that fact leaves us breathless.
Now, Heaven shines brighter as he greets the ones he loved who crossed that rainbow bridge before him. Peligro, Cecelia, Adobe, Myrna, and Gimmel sit on his lap once again. He will dance with the one he loved so deeply and sing in the glee club in the sky.
Fly away, Stevie. In the arms of the Angels, may you find the peace you so richly deserve. Your love is woven into the fabric of our lives. We will carry you with us every step we take.
Save us a seat... We are not far behind you. Until we meet again..
Stevie is survived by his family of choice. His best friends forever, Judy Talley and Pat Laurenzano, his pseudo children, Kirstin and Lance Stillwell, Trish Scott, and Eric Talley. He claimed two grandchildren, Jorleigh Rider and Elijah Scott. He deeply loved his cousin, Marcia Cohen. He is also survived by his dog, Mishkin and his true loves, Irish Rose, Mia Amore, and Murphy.
A simple celebration of Steven's life will be held at 5:30 P.M. on Friday, May 27, 2016 at Strong-Thorne Chapel, 1100 Coal Ave SE, Albuquerque.
If you would like to make a donation in Steven's name, he would appreciate it being made to a chihuahua rescue organization.
All of you can make him happy by voting for Hillary in the upcoming election.
To view information or leave a condolence, please visit www.danielsfuneral.com.
Strong-Thorne Life Events Center
1100 Coal Ave SE
Albuquerque, NM 87106
505-842-8800

To order memorial trees or send flowers to the family in memory of Steven Sacks M.D., please visit our flower store.