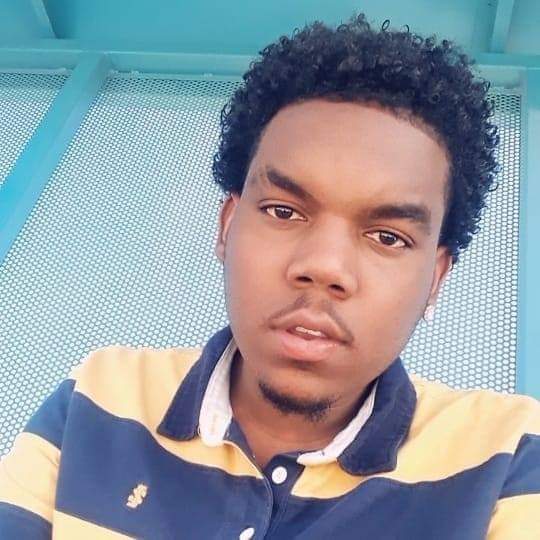 Greathouse, Tahir
Tahir Shaheed Ilaan Greathouse-Sanders
Tahir S. Greathouse was born to Geneva Greathouse and Marcus Sanders February 15, 2003. He went home to be with the Lord on Sunday, January 9, 2022. He attended City Baptist Church and believed in the Lord Jesus Christ and God the Father. He as an inspiring young rapper who diligently worked on his craft daily. He leaves behind to cherish his legacy his loving Father, Marcus Sanders, Grandmother Anna Greathouse; Grandfather, Jack Samuels; Great Grandmother, Sara Geneva Coleman; Aunt, La Toni R. Ellis; four Sisters, Abeyah Scott, Autumn Sanders, Sierra Sanders & Gesalle Greathouse-Sanders; His Aunts and Uncles, Joycie Grandberry and husband, Charles, Jessie Greathouse, Regina Greathouse-McCoy, Donnie Greathouse, Terry Greathouse and wife, Virginia and a host of cousins, family and friends.
As he meets his Father (God) in Heaven he is reunited with his Mother, Geneva Greathouse; Great Grandfather, Eluis Greathouse Sr.; Great Great-Grandfather, Hamilton Webb Sr.; Great Great-Grandmother, Jessie Webb; Grandmother, Rosalind Whitening; Grandfather Marvin Sanders two Uncles, Eluis Greathouse Jr. and Youel Greathouse Sr.; three Aunts, Linda Spicer, Detricia Walker and Cynthia Greathouse-Nance and 2 Cousins, Jeffrey Walker Jr. and Nirel Nance.
Tahir was a young strong fearless leader who was protective of his family and friends. He wore his family on his sleeves and vowed to do anything to keep them safe. Tahir loved his grandmother, Anna, from the bottom of his heart and he displayed that all the time and also right before he passed away. He and his father, Marcus, had a very special bond, they were close like brothers, but had ultimate respect for each other as father and son in their perspective roles. Tahir was a great brother to his sisters, he cared deeply for them and his love for them was unconditional.
Tahir was fun, loving, caring and sociable; he will be greatly missed by his family and friends.
A Visitation will be held Friday, January 28, 2022, 6:00 pm - 8:00 pm at  Strong-Thorne Chapel , 1100 Coal Avenue Southeast1100 Coal Avenue SE. A Funeral Service will be held on Saturday, January 29, 2022, 11:30 am, also at Strong-Thorne Chapel.  Interment to follow at Fairview Memorial Park, 700 Yale Blvd SE.
To view information or leave a condolence please visit www.strongthorne.com
Daniels Family Funeral Services
1100 Coal Ave SE
Albuquerque, NM 87106
505-842-8800

To order memorial trees or send flowers to the family in memory of Tahir Greathouse, please visit our flower store.