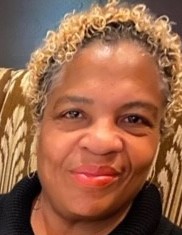 Tanya Benita Foster, 53, passed away peacefully in her son and daughter's home on Sunday, August 2, 2020.  Tanya was born September 25, 1966 in Albuquerque, New Mexico to Ethel F. Foster and the late Charles E. Foster.   Tanya, the 4th of 6 children, was a happy child and gifted athlete.  She ran track for Albuquerque High School, and later graduated in 1984.

Anyone who knew Tanya can tell you she loved her children dearly and wanted nothing more than for them to graduate and succeed in life.  While she was able to see Marlon and Simone obtain their Bachelors and Masters Degrees, she was incredibly supportive and proud of the musical endeavors of her youngest son, Quwali.  Whether it was song composition, musical engineering or producing, Tanya was his biggest fan and support system.  Tanya was very fortunate to see her children's many accolades and go on to successful careers.

Tanya's encouragement and motivation of her children's educational and career pursuits did not stop with them!  Later in life, she held herself to the same high standards.   At the age of 42, Tanya obtained Associate Degrees in both Computer Science and Liberal Arts.  She still was not done.  Three years later, she became a Phlebotomist and later went on to become a LPN.  Tanya worked in the Burn and Trauma Unit for UNM Hospital and throughout UNM’s hospital system.  At the end of her career, she worked as a Hospice Nurse for Presbyterian Hospital.

Tanya loved shopping for shades, shoes and handbags.  She was a Fashionista and was very fortunate to experience International travel with her son and daughter, Marlon and Simone.  Tanya cruised around and traveled the Caribbean along with numerous US cities. She especially enjoyed traveling to Scottsdale, Los Angeles, Philadelphia and New York City.  Tanya loved cooking, feeding her loved ones, talking on the phone (a lot), poetry and music; with a special love for Tupac Shakur.  Tanya adored her 3 grandchildren, Qianna Foster, Kamari Jones and Qatala Foster, whom she looked forward to spending time with.  And who can forget her 3 fur babies, Chico, Max and Nahla?!  You could spot Tanya walking her fur babies near her apartment in downtown Albuquerque.

To order memorial trees or send flowers to the family in memory of Tanya Foster, please visit our flower store.