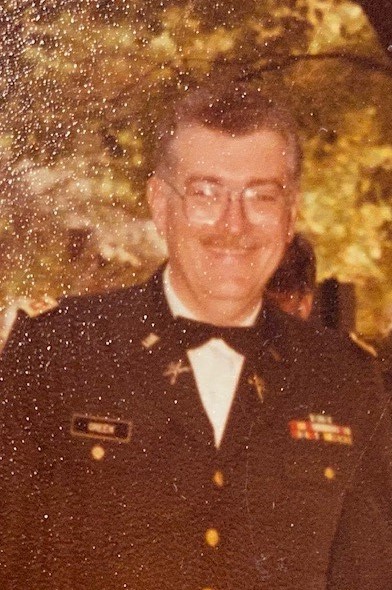 Thomas “Tom” Medley Green passed away on 18 January 2021.  A later autopsy indicated he died, several days earlier, of a massive heart attack. Tom will be remembered for his sense of decency, good humor, being well read, educated and traveled. Tom is predeceased by his parents, Normae Madge Liedecke of San Antonio, TX and Eugene Green of Richards, Tom is survived by his former wife, Alicia Rivas Green and their son, Thomas Eugene Green, both of Fredericksburg, Virginia.  Other surviving family members from a earlier marriage by their mother are: Juan, Blanca, Alicia Margarita, Roxanne and Jesus. In 1963 he moved, with his parents, from Georgia to the American Sector of West Berlin.  His father, Eugene Green, was assigned there with the U.S. Army soon after the Berlin Wall was built.  Tom graduated from the Berlin International High School in 1964. He received a Masters Degree in City Planning from St. Mary’s University in San Antonio TX and a Doctorate in Economics at Texas A & M in College Station TX in the late 1960’s, during which time he was enrolled in the ROTC program at both universities.  Tom entered the U.S. Army at the height of the Vietnam conflict and was assigned to Ft Hood Texas in the Field Artillery.  His battalion was soon to be deployed to Vietnam when the war suddenly ended with the fall of Saigon in April 1975.  In the 1980’s, Tom moved to the Washington DC area where he was first employed with the Department of Commerce and later made a lateral employment transfer to the Central Intelligence Agency (CIA) as an Analyst.  While living in Virginia he met at married Alicia.  Soon thereafter he became a member of the Maryland National Guard Reserves from 20 Dec 1976 until he was honorably discharged as a Major on 1 October 1984.  Tom retired from the CIA in 1996.  Soon thereafter, Tom and family moved to New Mexico to follow new endeavors. Tom will soon be cremated at the Daniels Family Funeral and Cremation Service in Albuquerque.  His ashes will then be sent to Virginia.  At a later date, his family will gather for a Catholic Mass to honor his memory.  His ashes will then be interred in a columbarium in a local Virginia National Cemetery, (to be determined soon).

To order memorial trees or send flowers to the family in memory of Thomas Green, please visit our flower store.