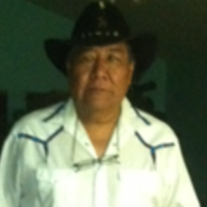 Thompson Jake, 72, passed away on Wednesday, August 23, 2017.  He was born on April 14, 1945 in White Horse Lake, NM to Kee and Grace Jake. Thompson was very athletic and participated in many sports: tennis, bowling, softball, baseball, and cross country. He graduated from Gallup High School and enlisted in the US Army and served in Vietnam. After his military service, Thompson attended Haskell Indian Junior College in Kansas. He retired as a Computer Programmer with the Bureau of Indian Affairs. He participated in many service organizations including the Veterans of Foreign Wars Post 6216, American Legion Posts 100 and 72 and had served as Commander of Post 72 and District 9. He was, also a counselor with the New Mexico American Legion Boys State. He enjoyed camping and fishing and sharing his sense of humor with those around him. He was the life of the party! Family and friends were his greatest treasure.

To order memorial trees or send flowers to the family in memory of Thompson Jake, please visit our flower store.