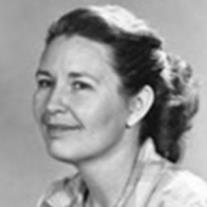 Harris - Tommie Colleen Harris, 88, entered eternal life on June 20, 2015.  She was preceded in death by her husband, Earl R Harris, her parents Willa and Ray Leach, and her daughter-in-law Rae Hamilton.  Tommie was born on April 16, 1927 in Clovis, New Mexico where she grew up on a farm.  With the help of a mutual family friend she met her future husband, Earl Harris, just before Christmas in 1947 in Lamar, Colorado. He fell in love with her and was ready to marry her after knowing her for just 7 days. She married her sweetheart on February 8, 1948 and they enjoyed 53 years of wedded bliss until Earl’s death in 2001.  Together they ran a Hotel in Lamar, Colorado for 5 years. Lamar was where Dale and Dave joined the growing Harris family. In 1953, the Harris family moved to Albuquerque and started the Harris Poultry Farm. It was in Albuquerque that she gave birth to Diane and finally Dean.  It was hard work, but together over a 13 year period they grew the family business to the largest poultry farm in New Mexico.   Tommie not only worked alongside her husband in the poultry farm but also found time to volunteer at her children’s schools, be a Cub Scout Den Mother, a Girl Scout Leader and be involved in Farm Bureau. The Harris family was deeply rooted in their community. Her husband Earl was the Fire Chief for the Village of Los Ranchos de Albuquerque and to help support his efforts, for a number of years, Tommie  was the dispatch coordinator for the fire department.  In 1966 they sold the poultry farm and after an extended family vacation, Earl established Rio Farms, a farming and vegetable processing operation in southern New Mexico. In 1971 the family moved to Anthony, New Mexico where they bought a 120 acre farm.  At the farm Tommie continued to work along side her husband, but also enjoyed lots of family time as well as numerous get togethers with members of their Airstream Club. The Harris Family traveled extensively throughout the United States with the Airstream Club, especially after their children were grown and Tommie and Earl began retirement.  They also became very involved in the Bataan survivors group.  In 1996 they sold the farm in Anthony and moved to Rio Rancho, New Mexico. A strong willed woman, Tommie remained in her home in Rio Rancho after the death of her husband Earl and lived independently until 2011, at which time she moved to a beautiful facility with a private apartment in an Alzheimer’s Center where she lived as independently as her condition would allow.  Though we miss Tommie so very much, we are reminded of the legacy that she left for all of us. Her wit, her smile; her gentle caring ways; and especially the people she leaves behind. She is survived by a brother, Dr. Eddie Leach and Margy Leach of Johnson City, Tennessee; children Dale Harris of Durango, CO; David and Mary Harris of Bosque Farms, NM; Diane and Tom DiRito of Denver, CO; and Dean and Cheryl Harris of Albuquerque, NM; grandchildren include Tammy Harris, Chris and Jacque DiRito, Lisa and Casey Kjeseth, and Laura and Neil Hamilton; and her great grandchildren are Dominik and Gavin DiRito, Delilah Kjeseth, and Deklan Hamilton, all from the Denver area. A Memorial Service will be held at 2:00 PM on Monday, June 29, 2015 at Strong-Thorne Chapel, 1100 Coal Ave SE, Albuquerque.

Strong-Thorne Life Events Center
1100 Coal Ave SE
Albuquerque, NM  87106
505-842-8800
Your browser does not support this video format. You should be able to view it in Chrome, Safari or Internet Explorer.
To order memorial trees or send flowers to the family in memory of Tommie Harris, please visit our flower store.