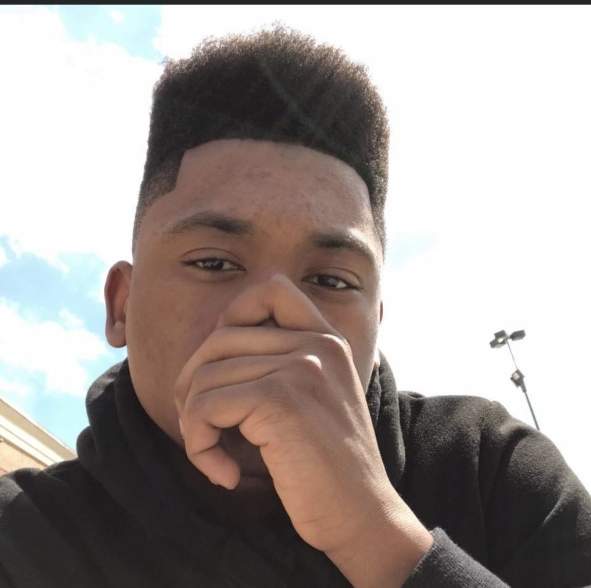 Robbins, Trevonte Coleman
Trevonte C. Robbins was born September 5,2001  in Decatur, Georgia and at the age of 19 gained his angel wings on July 10,2001 in Albuquerque ,New Mexico while visiting family and friends. Trevonte spent his early years In Georgia but moved to New Mexico at a young age.Trevonte  was most commonly known to family and friends as Tre or “Tre Boogie”. He was a kindhearted ,respectful, strong willed family orientated type of person. Tre loved sports and was an athlete himself. Tre played baseball for several years, tried his hand at football only to later find his true passion was in basketball.  Tre took pride in developing and improving his basketball skills. Tre had high hopes of having a career centered around basketball whether it was as a coach , athletic trainer or even being a professional basketball player. Tre will be remembered most for his mannerisms, His sense of humor and his charismatic charm  which instantly just drew you in to him. Tre loved to dance and loved the sport of basketball.  Tre  truly took pride in doing what he could to make people’s day better by any means necessary— he always willing to lend a hand In the last year Tre had taken some time off from working as a stocking associate at Wal-Mart to deal with some medical issues that were affecting his knee.  He  was currently taking GED preparation courses at Georgia Piedmont college and was determined to graduate this year. Tre enjoyed  spending his days watching basketball , anime and WWE events. He loved to cook, play his video game and bossing his mother and sister around. Trevonte is survived by his mother Tenesha Robbins of Covington, GA  father Leon Johns of Albuquerque, NM Grandmothers Judy Robbins of Texas  and Janet Johns of New Mexico. His sisters Tatiana Robbins of Georgia,Leona and Zaivia Money of New Mexico ,brothers Malachi Overton and Alonzoe Quinones of New Mexico. He had a special relationship with his Great Aunt Becky and his cousin Rogelle and Rance Price and was surrounded with love from a huge host of dear cousins and close friends. He is Preceded in death by his beloved great grandmother Elizabeth Robbins and great Aunt Cynthia Robbins.
A visitation service, will be Wednesday July 21, 6:00 pm - 8:00 pm  at Strong - Thorne Chapel. A Funeral service, Thursday July 22, 11:00 am, at Metro Church Of God In Christ, 4800 Lomas Blvd. NE, Albuquerque, New Mexico

To order memorial trees or send flowers to the family in memory of Trevonte Robbins, please visit our flower store.