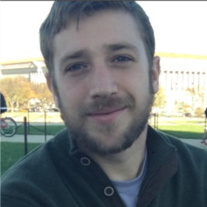 Tyler Lewis Lackey, 24, was taken from us on Saturday, February 6, 2016. He was born at home on April 10, 1991 in Albuquerque, New Mexico. Tyler followed his brother by joining the U.S. Army where he served in the 67th Forward Surgical Team (Airborne) as well as the 5th Squadron, 73rd Cavalry Regiment, 82nd Airborne Division as a Combat Medic. Sergeant Lackey’s awards include; Army Commendation Medal (2nd award); Army Achievement Medal (2nd award); Meritorious Unit Citation; Army Good Conduct Medal; National Defense Service Medal; Afghanistan Campaign Service Medal with Combat Star; Non-Commissioned Officer Professional Development Ribbon; Army Service Ribbon; Overseas Service Ribbon; Non-Article 5 NATO Medal; Parachutist Badge. Tyler was so much more than his military decorations, however. His life cannot be expressed in such a short space. He was full of life, a brilliant mind, a competitive athlete, adventurous, mischievous, kind, and funny. Tyler was a natural prankster. He had the kind of smile that could light up the darkest room, and the uncanny ability to make anyone laugh. In 24 years, Tyler had accomplished and experienced so much in his life, but was always looking to add to that experience. He truly lived in the moment. He enjoyed being outdoors, hiking or swimming, as well as boxing or working out. It was rare to find him without a backpack ready for an adventure. He enjoyed eating new foods and visiting new places. He was kind and forgiving, confident, and unwaveringly loyal. He was the best brother anyone could ever wish for and the most amazing son a mother could have. Tyler was the perfect nephew and cousin, the gentlest uncle, a loving boyfriend, and extraordinary grandson. He was an outstanding soldier and a great battle buddy. Tyler is survived by his mother, Elizabeth Frank; brother Scott Thomas Lackey and wife Kendall, and their son Jayden Tyler Lackey; sister, Alegria Lackey; aunt, Paula Frank and cousin, Joaquim Montoya; Grandmother, Peggy Frank and her partner, Tom; lifetime best friends Jennifer Archibeque and Amber Mitchell; as well as numerous other longtime friends. He also leaves behind Jeanette Munoz, the love of his life, who he planned to marry and spend his forever with. Tyler’s service will be held at 2:00 PM on Saturday, February 13, 2016 at Strong-Thorne Chapel, 1100 Coal Ave SE, Albuquerque, NM. Inurnment at Santa Fe National Cemetery, with full military honors presented, will take place at 10:30 AM on Tuesday, February 16, 2016. To view information or leave a condolence, please visit www.danielsfuneral.com.

To order memorial trees or send flowers to the family in memory of Tyler Lackey, please visit our flower store.