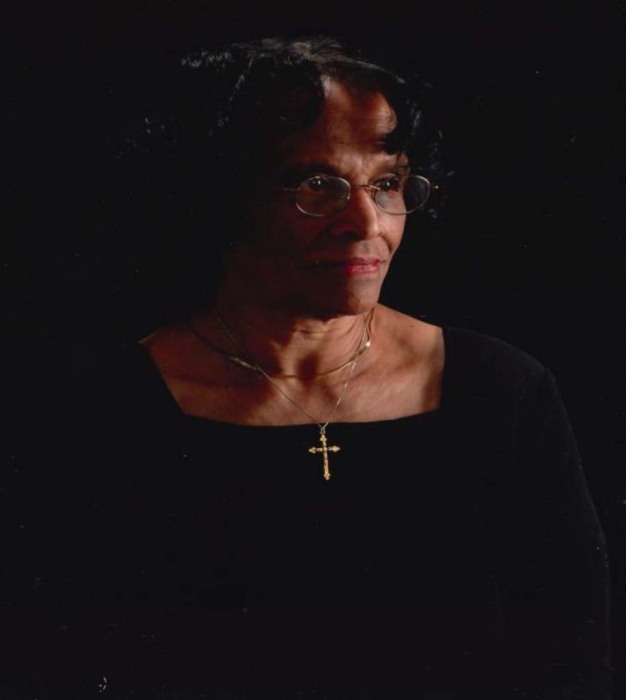 Our Beloved Vera Marie Jackson transitioned from earth to heaven on January 20, 2021.
Vera lived a long, wonderful, and loving life beginning in Parsons, Kansas where she was involved in the church choir and a devote member of New Hope Baptist Church.  She was also active and popular in her high school, Douglas High school, as a cheerleader and debutant. She married young to Clyde Pouncil, had seven children, and moved to Independence, Kansas. She lived there until 1964 where she migrated to Illinois to live with her mother, father, and her seven children. She went to licensed practical nursing school and graduated within the top 1% of her class, and practiced as a nurse for over 25 years at St. Elizabeth’s Hospital, Granite City, Illinois until retirement. She met and married Mason Jackson and had one child as a result of that marriage. Her hobbies were playing the piano, swimming, tending to her plants, watching the news, shopping, finding treasures at garage sales, and spending time with her children, grandchildren, and great grandchildren. She was also an avid bible reader. She valued large family gatherings with immediate family, extended family, and friends. She loved cooking, playing the piano, watching the news, playing games, and bringing comedic relief to any situation.
Vera’s pride, and joy, were her children, grandchildren, and great grandchildren. She was a pillar and strong force in the direction and success of their lives and as a result, most of all of her children and grandchildren sought careers in the medical field as she did.
Her mother, Helen Beatrice Thomas, and father John Henry Thomas, her husband Mason Jackson and first husband Clyde Pouncil precede her in addition to her brother, Josiah Cervantes Thomas and Sister Gladys Thomas. She is also preceded by her half-sisters Sanolia Simms, Lucille Sayers, and half-brothers Montecello Nunley, Fred Nunley, Curtis Edward and grandson Daniel Boateng and granddaughter Quiana Pouncil. She leaves behind eight children Charlotte Lloyd, Barry Pouncil (Kathy), Gwendolyn Davis (Robert), Gerald Pouncil, Helen Wilson, Melinda Boateng, Brenda Wiggins (Landra), and Jacqueline Barrett. She also leaves 20 grandchildren and 23 plus great grandchildren.
Vera’s legacy is a loving mother, loving great and grandmother known as Motherdear, a devoted friend, an extended mother to many, and a powerful woman who lead by example in living life unapologetically. She will be sorely missed but we know that God needs her most.
A Service will be held on Friday January 29, 2021 at 11:00 am at Strong Thorne Funeral Home, 1100 Coal Ave SE, Albuquerque, New Mexico  87106. To view information or leave a condolence please visit www.danielsfuneral.com
Daniels Family Funeral Services
1100 Coal Ave SE
Albuquerque, NM 87106
505-842-8800

To order memorial trees or send flowers to the family in memory of Vera Jackson, please visit our flower store.