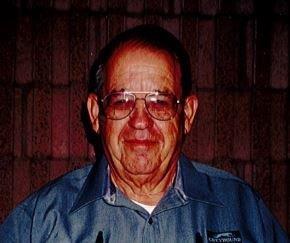 Vernon "Vern" G. Wittner, 81, beloved husband, father, grandfather and great-grandfather, passed away peacefully surrounded by his family on November 17, 2017. He was born in Parks, NE on May 22, 1936 to Charles H. Wittner and Martha Gilbert.

Vern grew up in Emmett, ID and graduated from Emmett High School in 1954. He entered the US Army immediately after high school and was a proud Veteran of the Vietnam War. He left the service after serving 12 years. He met Flora J. Chavez while traveling on a Continental Trailways bus and the two married after three months of dating. They were married for 39 years until Flora's passing in 1996. He was employed by Continental Trailways and Greyhound for 40 years and retired nine years ago.

Viewing and Visitation will be held from 6:00 PM until 7:00 PM with the Rosary to be recited at 7:00 PM on Tuesday, November 28, 2017 at Strong-Thorne, 1100 Coal Ave SE, Albuquerque. The Funeral Service will be held at 10:00 AM on Wednesday, also at Strong-Thorne. Interment with Military Honors will follow at San Antonito Cemetery, San Antonio, NM.

To order memorial trees or send flowers to the family in memory of Vernon Wittner, please visit our flower store.