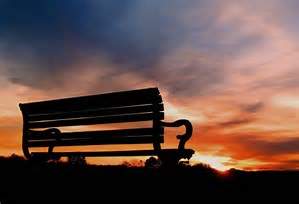 Dad, Wilbert Tony Washington was called to rest by our Father and Savior Jesus Christ on February 19, 2019 in Albuquerque, New Mexico. Brother Washington was born June 18, 1934 in East St. Louis, Missouri. He was married to Rosa Washington in 1953 and together they had six children, two boys Antonio Washington and William Tim, in addition to four daughters, Rebecca, Regina, Renee and Rosemary (who preceded him in death). Preceded him in death were his parents Doug and Aslee Washington, his 7 siblings Claudine, George, Carolyn, Joseph, Caleb, Flora and Johnny. He is survived by his sons Antonio, daughter-in-law Davina, son William, three daughters Rebecca, Regina, Renee, son-in-law Alvin. In addition he is also survived by his sister-in-law Christine ( Caliph's) wife, sister-in-law Mable (Joseph's wife). Dad, Washington had many grandchildren, nieces, nephews and loved every one of them. He was a Christian and had a generous heart and always communicated to everyone he met with kindness. He will be missed by all he touched. He loved God, his wife Rosa, his children and everyone. He also had a love for boxing and was a Golden Glove boxer from 1950 to 1956 and had ALL knock-outs. A few days before he died he showed the doctors and all who were present his fist clenched in the air representing his love for God, his wife, children, the boxing world, and for people all over the world. I am so grateful for my mother Rosa, sisters and brothers ~ Leroy, Laura, Cecil, Beulah, Maxilene, Jim, Joe, and Harvey and my Grandma Jessie B. Green. My Dad’s extended family always felt like his own family to him. The Green family loved and appreciated Mr. Wilbert Tony Washington.

To order memorial trees or send flowers to the family in memory of Wilbert Washington, please visit our flower store.