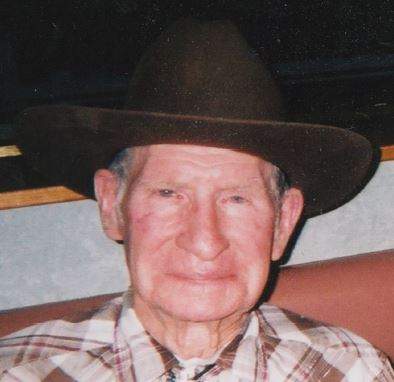 William Eugene Barth, Jr., age 92, passed away on December 22, 2020 in Albuquerque, NM. William was born to William Eugene Barth, Sr. and Myrtle Irene (Welch) Barth on October 5, 1928, in Hobson, TX. Growing up in Karnes County, he received his education from Lockey School, Falls City School, and Karnes City High where he received his diploma in 1946. Eventually, William and his family relocated to the Nixon area in Gonzales County in the late 1940’s. After earning his diploma, William would work in a variety of job occupations including construction and helping his father on their farm.

On August 24, 1950, William decided to enlist in the United States Air Force. After completing basic training in October of 1950 and tech school training at F. E. Warren AFB, WY, in January 1951, he came to New Mexico and was stationed here at Kirtland AFB. While stationed here in Albuquerque, he met the love of his life, Josephine S. Gonzales. After dating for a while and eventually proposing to Josephine, William was deployed overseas to Korea on October 14, 1952 and would return 11 months later on September 24, 1953. Shortly after his return, William and Josephine married on October 20, 1953 and were happily married for 66 years. William’s military career included assignments at Hamilton AFB, CA, Sandia Base, NM, Laon Air Base, France, Shaw AFB, SC, Cannon AFB, NM and Scott AFB, IL. After returning to Kirtland AFB in the early 1970’s, William retired with 24 years and seven days of active duty service on August 31, 1974. His personal awards include the AF Commendation Medal (2 Oak Leaf Clusters), AF Good Conduct Medal (4 Oak Leaf Clusters), Korean Service Medal (2 Bronze Service Stars) and several more.

After retiring from the Air Force, William continued to work in a couple different occupations. The following Monday after retiring from the Air Force, William was hired as a supervisor overseeing Environmental Services for the Santa Fe Railroad Memorial Hospital until its closure in 1982. He then went on to do Clerical work for the VA up until his official retirement in the 1990’s. He received several awards for performance and years of service to the government from the VA.

Growing up, William was also known as “Bob” or “Bobby” Barth. He was a true cowboy at heart while growing up in Texas and even after hanging up his uniform. He was well known for his Western look with his boots and cowboy hat. William loved to travel with family and friends, making many memories throughout the years. Most notable memories were of him and Josephine traveling to Las Vegas and Laughlin, NV since they first started going in 1984 and up until their last trip in 2008. Even the simple weekend fishing and camping trips were some of his favorites. William was a true man of character and was loved by many people. He will be greatly missed.

In lieu of flowers the family requests a memorial contribution to The Parish Office of Our Lady of Assumption, 811 Guaymas Pl NE, Albuquerque, NM 87108

To plant a beautiful memorial tree in memory of William Barth, please visit our Tree Store.

To order memorial trees or send flowers to the family in memory of William Barth, please visit our flower store.

Our Lady of Assumption

Our Lady of Assumption